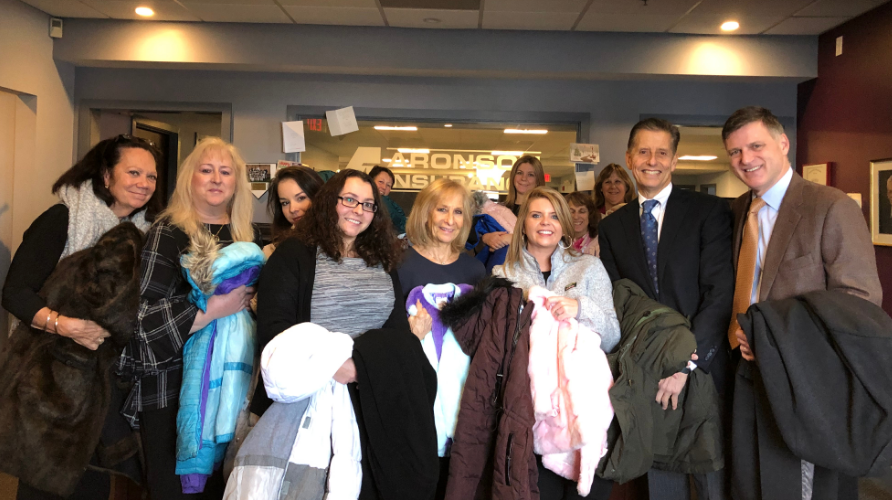 It’s time for a new #AgentSpotlight — this week, we’d like to introduce you to Aronson Insurance! Aronson Insurance will be celebrating an incredible milestone of 100 years of service this year, and have worked with Quincy Mutual Group since 1957.

When Samuel J. Aronson founded the agency in 1919, he coined the phrase “Sam Sells Service”, which set the tone for the agency’s future success. Today, current President and third generation Aronson Insurance leader, Steve Aronson, has expanded on that philosophy, adding a focus on doing the Right Things Right the First Time: “Our organization remains clearly focused on our clients. Our goal is to be the local agency that leaders and members of the community seek out for advice, information, and education on insurance issues because they trust the knowledge and professionalism of the agency and our staff.”

Aronson Insurance truly is a family business: “Growing up, I would spend Saturday mornings at my father’s office in Boston. He loved what he did, and when I was in high school, I decided I wanted to work with my Dad in the agency.” Steve went to UMass as a Finance and Insurance major, which gave him great a great background to join and complement his father. When Steve was still in school, his father became ill so his mother Lee, who had been a nurse, stepped in to run the agency while Steve finished school. Steve then joined the business in 1975 and his sister Bunny joined the team in 1983. Steve’s children have also each played a role at Aronson Insurance over the years, helping with everything from design work to developing new tech.

Steve has always taken an active role in running the agency, with a special focus on early adoption of useful technology: “Part of the joy of my career is not just working to lead the best agency team possible, but in being an industry tech leader. I have been an advocate of using new technology well since 1981. We really try to use new technology to help run our business better, not just because it’s new.” This has included implementing better management systems and having a client portal to give clients access to critical documents at any time.

Three years ago, Steve and the team made an exciting decision to sell the agency to Acrisure: “We are very proud of what we did. We are huge advocates of making the right decision at the right time.” While this was a big move, Steve is proud that it has not changed operations for the agency: “We have always stressed that QOL, or quality of life, is so important for our staff. We chose Acrisure as a partner because they offer us a totally independent existence that allows our staff to have the same wonderful business life we have been leading.”

Beyond helping clients and being industry leaders, Aronson Insurance is also very focused on giving back to the community. They are very involved with several industry and community organizations including NetVU, ACT, IDFederation, AUGIE, the Newton/Needham Chamber
of Commerce, the Jewish National Fund, and Newton Community Pride, a non-profit working to enrich the cultural life and community in Newton.