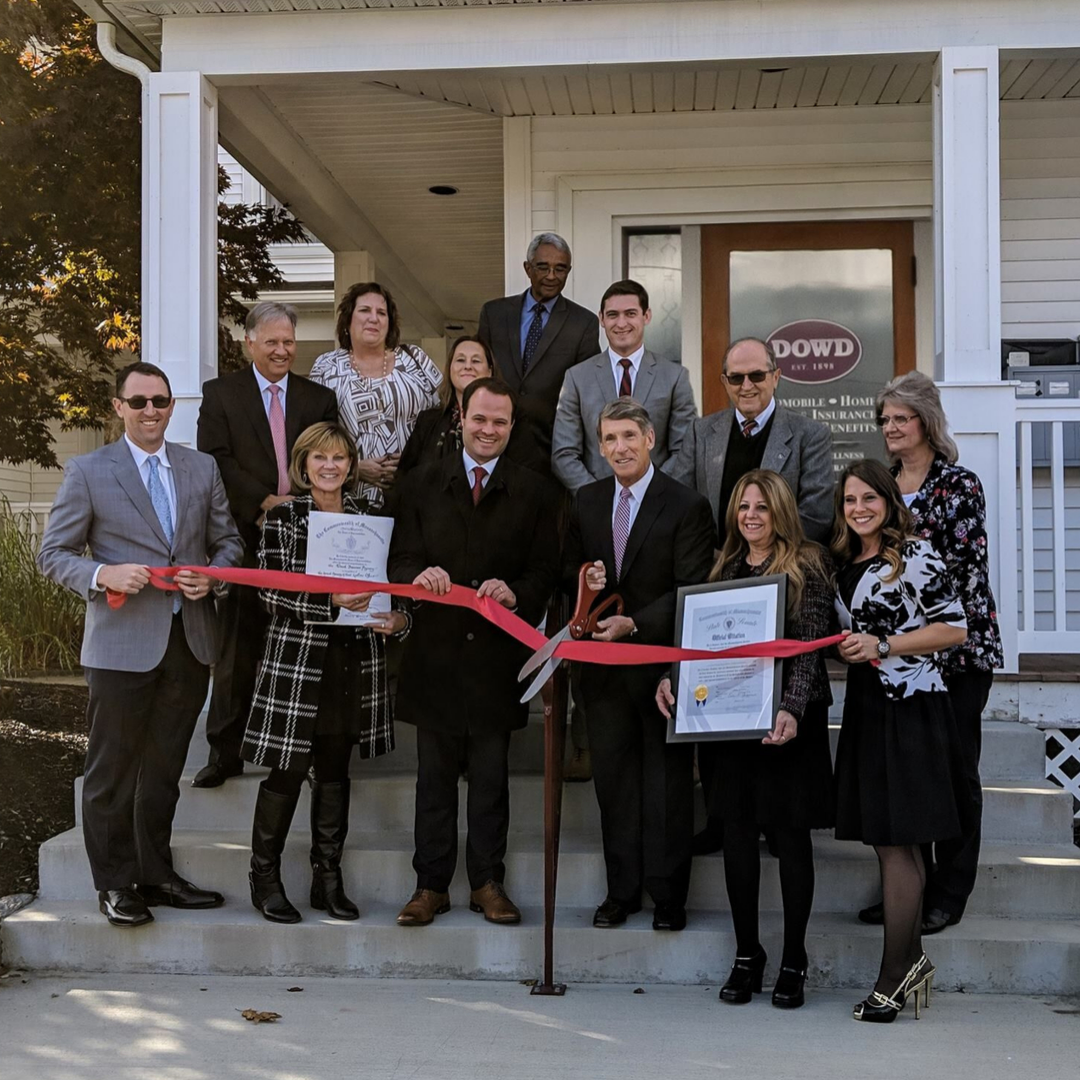 We’re excited to introduce you to our latest #AgentSpotlight — The Dowd Agencies, a fifth-generation, family-owned and operated insurance and employee benefit agency!

In 1865, James J. Dowd, his wife and their 14 children fell on hard times in their native County Kerry, Ireland and traveled to America to make a better life for themselves. After settling in Holyoke, Massachusetts, James started a new job in a local textile mill and soon after, members of the family became U.S. citizens. In 1898, one of James’ sons, James J. Dowd — named after his father and grandfather — went on to open The Dowd Insurance Agency, creating a legacy that now spans five generations, making it the oldest insurance agency in Massachusetts under continuous family ownership.

In 1910, James J. Dowd adapted the agency’s name to James J. Dowd & Son in anticipation of his son entering the business following his graduation from Holy Cross College. Upon the untimely death of the founder, that son, also named James J. Dowd, joined the firm in 1916, giving up a promising baseball career with the Cincinnati Reds. He would eventually be followed by his own son, James J. Dowd Jr., in 1947, after he served as a French interpreter in the U.S. Army Signal Corps. Another son, John E. Dowd, a World War II veteran, joined the business after following in his father’s footsteps and graduating from Holy Cross College.

The Dowd Agency saw their fourth-generation enter the business in 1974 when James J. Dowd III joined the company, just one year before Robert W. Gilbert Jr. would join as partner to the firm. Over the next several years, John E. Dowd Jr. would also join the family business and The Dowd Agencies would become one of the largest insurance agencies in the region with offices in West Holyoke, Amherst, and Southampton before eventually expanding into Springfield and Ludlow in 2011. The fifth-generation of Dowds began in 2016 when John E. Dowd III (Jack) joined the agency, followed by his brother Evan S. Dowd in 2019, both sons of John E. Dowd Jr.

Today, The Dowd Agencies operate with three partners under the leadership of President & CEO, John E. Dowd Jr. and as a whole, remain dedicated to maintaining the motto: “The Agency’s Primary Responsibility: Its Customers.” Alongside partners David W. Griffin Sr. and David W. Griffin Jr., John strives to honor the legacy of the agency and to provide the highest quality insurance services to fit the needs of individuals and businesses.

The Dowd Agencies attribute the longevity of their many employees to the family-like atmosphere of their offices. Though not all employees stem from generations of past employees, they’re all treated as such. As a result, they have been able to offer superior customer service year after year, helping them to retain their clientele. In addition to the longevity of their employees, they have a longstanding history with over 120 years in business — John Dowd says “through the generations we have seen the world change dramatically in so many ways — especially technology. We strive to stay current and relevant and are constantly reinventing ourselves, providing counsel and service to the customer in an attempt to make the world of insurance a little easier to navigate.”

Outside of the office, the people of The Dowd Agencies remain committed to giving back to local communities through their support of many different organizations. Included among them are: Pathlight, an organization dedicated to serving individuals with intellectual disabilities, the Rotary Club of Springfield, local Chambers of Commerce, Providence Ministries, Springfield Rescue Mission, Homework House, Caritas Cancer Center, and Genesis Spiritual Life Center.

To learn more about The Dowd Agencies and their unique history, visit their website, Facebook and LinkedIn.